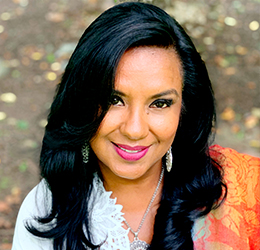 Taij Kumarie Moteelall is committed to building a solidarity economy powered by harmonious relationships among people and with the natural world. Born in Guyana and raised largely in the US, she has blazed a successful path in the arts, activism, resource mobilization, transformative leadership development, and entrepreneurship for over 20 years.

Taij is Co-founder and Principal of Media Sutra, a People of Color centered business that supports creative entrepreneurs of color to foster personal wellness and community wealth building. Media Sutra produces creative content (film, music, theatre, etc.) to change narratives and inspire action around racial and gender justice issues with an intersectional lens. Through their Transformative Storytelling methodology and commitment to Resource Mobilization, the Media Sutra team supports individuals and organizations to be fearless and bold storytellers who raise and earn abundant resources to thrive.

Taij cut her teeth in organizing as a co-founder of Blackout Arts Collective– a people of color coalition of artists and activists committed to racial justice. She served as the Development and Communications Director at East Harlem Tutorial Program. And, later became the Executive Director of Resource Generation where she worked with individual donors and next-generation philanthropists to move millions of dollars to social movements. Taij has served in volunteer roles at the MS Foundation for Women, The Kellogg Action Lab, The Funding Exchange, and Grassroots International. She is a co-founder of Jahajee Sisters, a grassroots organization working to end gender-based violence in her Indo-Caribbean community. Taij is the mom of three beautiful beings: Shakti, Satya, and Shiv Nanda.

We use cookies on our website to give you the most relevant experience by remembering your preferences and repeat visits. By clicking “Accept All”, you consent to the use of ALL the cookies. However, you may visit "Cookie Settings" to provide a controlled consent.
Cookie SettingsAccept All
Manage consent

This website uses cookies to improve your experience while you navigate through the website. Out of these, the cookies that are categorized as necessary are stored on your browser as they are essential for the working of basic functionalities of the website. We also use third-party cookies that help us analyze and understand how you use this website. These cookies will be stored in your browser only with your consent. You also have the option to opt-out of these cookies. But opting out of some of these cookies may affect your browsing experience.
Necessary Always Enabled
Necessary cookies are absolutely essential for the website to function properly. These cookies ensure basic functionalities and security features of the website, anonymously.
Functional
Functional cookies help to perform certain functionalities like sharing the content of the website on social media platforms, collect feedbacks, and other third-party features.
Performance
Performance cookies are used to understand and analyze the key performance indexes of the website which helps in delivering a better user experience for the visitors.
Analytics
Analytical cookies are used to understand how visitors interact with the website. These cookies help provide information on metrics the number of visitors, bounce rate, traffic source, etc.
Advertisement
Advertisement cookies are used to provide visitors with relevant ads and marketing campaigns. These cookies track visitors across websites and collect information to provide customized ads.
Others
Other uncategorized cookies are those that are being analyzed and have not been classified into a category as yet.
SAVE & ACCEPT